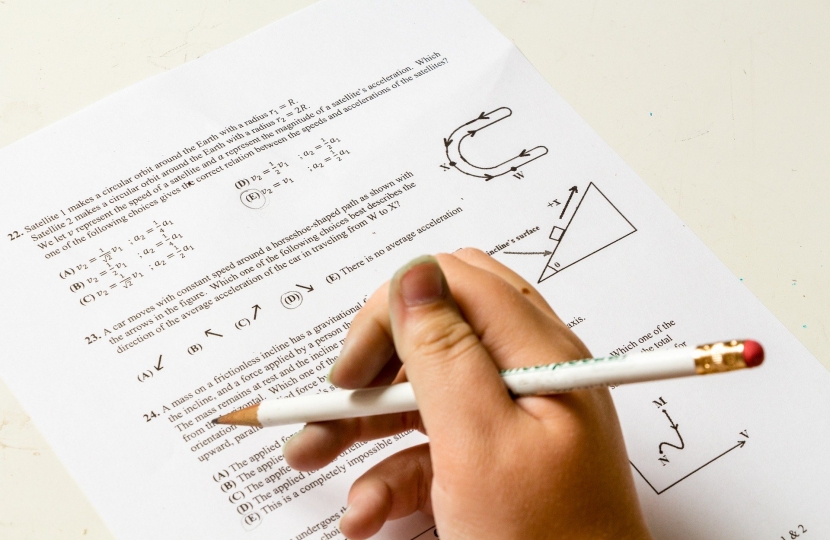 I completely understand and sympathise with the horrendous predicament that many students have found themselves in, unable to go to school, unable to do exams, and then only to get their predicted results downgraded by a computer programme which rips up their hopes for the future. I have been liaising closely with Hills Road VIth Form College (which I went to) and Long Road VIth Form College, and have received many dozens of complaints from furious parents.

The results do seem manifestly unfair - for example, Hills Road got its worst A level results ever despite the fact that it’s students’ GCSE results were normal. Its proportion of A*,A and B grades are inexplicably 3% below its three year average. I have spent the weekend making strong representations to education ministers, and it seems clear that “large centres” like these which have unusually large cohorts studying A levels are disadvantaged by the algorithm used by Ofqual. I am delighted that ministers have listened, and are working urgently to resolve the issue through the appeals process.

I am confident we can get this sorted quickly. As well as schools appealing, I would also urge aggrieved students to ask for an appeal. I am delighted the government has decided to waive the normal charge for an appeal, and also that all appeals should be dealt with by September 7th, in time for university admissions. Universities have been told by the government to be flexible and to wait for appeals, but if you have any examples of unreasonable behaviour by universities then do let me know and I can ask the Department for Education to look into it.

However, I absolutely do not believe that we should follow the “Scottish option” of just giving students the results predicted by their teachers, as some are suggesting. That is a simplistic solution that doesn’t bear close scrutiny. Teachers are under huge pressure from parents to be generous, and have predicted about 40% of their pupils getting A or A*, about half more than normal. In usual years, over 70% of pupils do not get the grades predicted by their teachers. I certainly believe in cutting slack for this year’s students, but awarding them 50% more A and A* grades than normal would be extremely unfair to students in the years before and after them, whom they would often be competing with for university places and jobs. Universities also simply wouldn’t have enough places to fulfill all the offers they have made, and would end up having to withdraw them, and do so without being able to properly judge which students actually deserve a place. This would also cause huge anguish. Students at schools that were stricter about predicted grades would be unfairly disadvantaged compared to those who go to schools that are more generous.

Despite issues at Sixth Form Colleges that particularly affect Cambridge and South Cambridgeshire, in other ways the system has worked well in exceptional circumstances. In total, 96% of results are within one grade of what was predicted. Only 3% have been downgraded 2 places. We have more students being accepted at university, and more getting their first choice of university, than in previous years. Of particular importance, there are more students from deprived backgrounds going to university than ever before. There is plenty of good news also

Anthony Browne MP has today shown support for British food and farming on Back British Farming Day, recognising the crucial role farmers play not just in South Cambridgeshire but across the nation.