MP calls for democracy to be preserved in planning 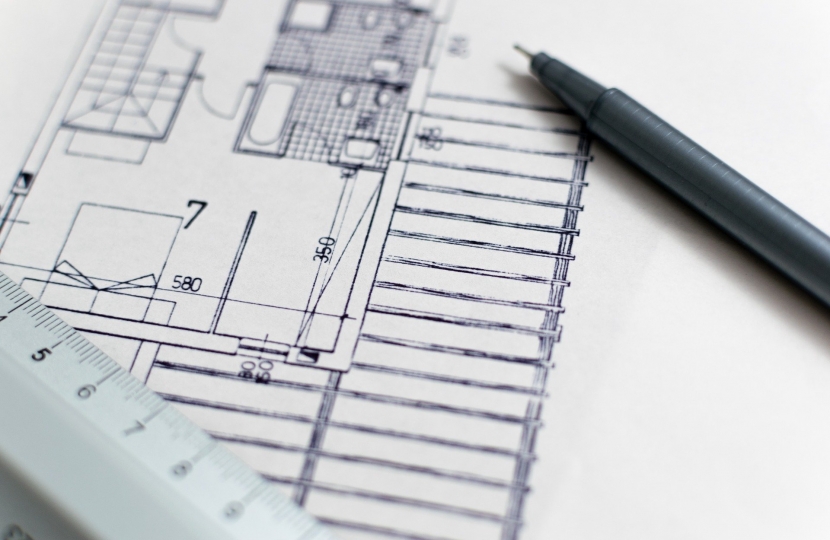 The controlling Liberal Democrat group recently put forward new proposals stating that the Joint Director of Planning and Economic Development will have the final responsibility to decide which applications are to be determined by the planning committee. This could take decision making out of the hands of councillors.

It also in conflict with a letter sent by Cllr. Bridget Smith, Leader of SCDC, who contacted all parishes stating that the Chairman of Planning would have a veto. This was later deemed illegal and therefore impossible to pass.

The decision to give final responsibility to the Director was only narrowly passed by the planning committee, 5 votes for and 4 votes against with 1 abstention.

The idea has not been welcomed by residents, according to Cllr. Heather Williams, Major Opposition Group Leader at SCDC, citing significant concerns around openness and transparency as well as taking decisions out of the hands of elected representatives. The move has also concerned many parish councils and others, including Independent District Councillor Deborah Roberts.

Cllr. Heather Williams’ Conservative group is proposing an automatic referral system – meaning if a parish council or local member ‘calls-in’ a planning application and the views of the parish are in conflict with the planning officer’s recommendation, then the application is automatically referred to the planning committee for determination.

The final decision will be taken at a meeting of full Council on May 21st.

"While I understand the need for changes to the Scheme of Delegation, democracy must be preserved at the heart of the planning system. The scale and scope of development in South Cambridgeshire is a matter of great interest and concern to local residents and planning decision-makers should be willing to face public scrutiny and accountability. Elected representatives must, therefore, have the ultimate say about which planning applications should be determined by the planning committee.

“Residents need to have faith that their voices will be heard in a meaningful way.  An automatic call-in process offers a sensible compromise, allowing the views of local people to be represented through their parish and district councillors, alongside expert planning guidance from council officers.”

“As local councillors, we see what affect planning has on our residents, the majority of my casework is in relation to planning. This is why it is crucial that parish councils have the opportunity to be involved as possible in the planning process.

“It is only right that when applications are of significant importance to a parish that these applications are debated in an open way with the opportunity for the parish to make their views heard. The power of the planning agenda needs to be with elected representatives who are accountable to their local communities.

“With this in mind, I will be making the case for an automatic call-in process. The proposals put forward on the agenda for 21st May do not do this, they restrict the democratic input. If these proposals are successful it will haunt us, and District Councillors will not have not lost their authority in this, but have given it away.”

“For several years, Cottenham Parish Council has been concerned about the reducing level of local, democratic input into planning decisions in South Cambridgeshire; so the wishes of the local community are now all but ignored in the process. We support the proposal to refer any decision to the Planning Committee whenever the recommendation of the Planning Officer is not supported by the Parish Council or Local Member of the District Council.”

Protecting the environment and planting trees

South Cambridgeshire is one of the best places to live, work and study in the country.