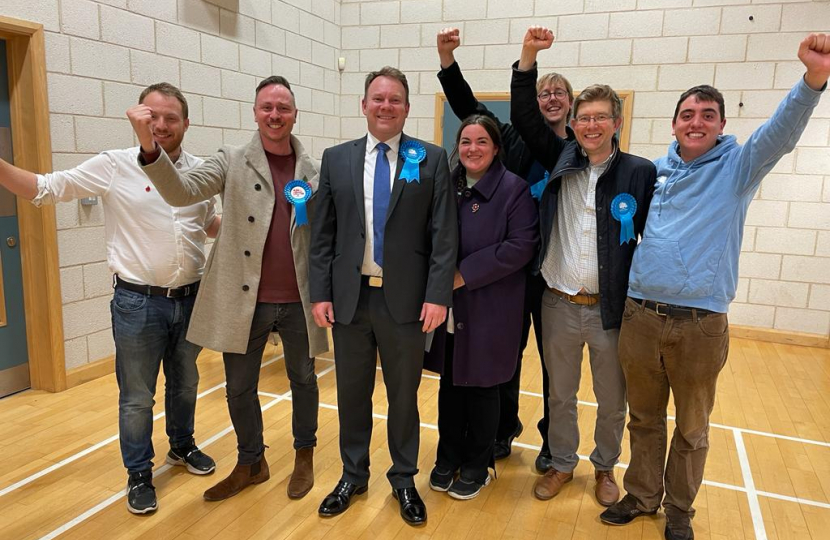 Anthony Browne MP congratulated Tom Bygott and Khadijeh Zargar on their by-election campaign, which resluted in a gain for South Cambridgeshire Conservatives, saying: "Huge congratulations to new Conservative Councillor Tom Bygott who won the seat for Longstanton, Northstowe and Oakington from the Liberal Democrats yesterday, and to Khadijeh Zargar, who managed to massively increase her vote share.

The Liberal Democrats took about 70% of votes in the ward in the May elections just six months ago, but their vote share has since dropped 39% and they lost the seat. It is the most spectacular collapse of support in such a short time.

This is the first by-election gain for the Conservatives in South Cambs at least since 2014. It marks a clear turning of the political tide against the Lib Dems as voters roundly reject their truly awful policies, from the congestion charge and concreting over the countryside with 49,000 homes to destroying local water habitats and encouraging the dumping of sewage in our chalk streams, and sending council staff off on a four day working week on full pay.

Local Lib Dems are so embarrassed by their own policies that they were reduced to lying about them to voters, telling residents that the Liberal Democrats are campaigning against the congestion charge when in fact they are the ones imposing it. More than anything else, this is a clear message from voters: the public doesn’t want the congestion charge, and if you keep pushing it, then the public doesn’t want you. Now is the time to drop this draconian driving tax."