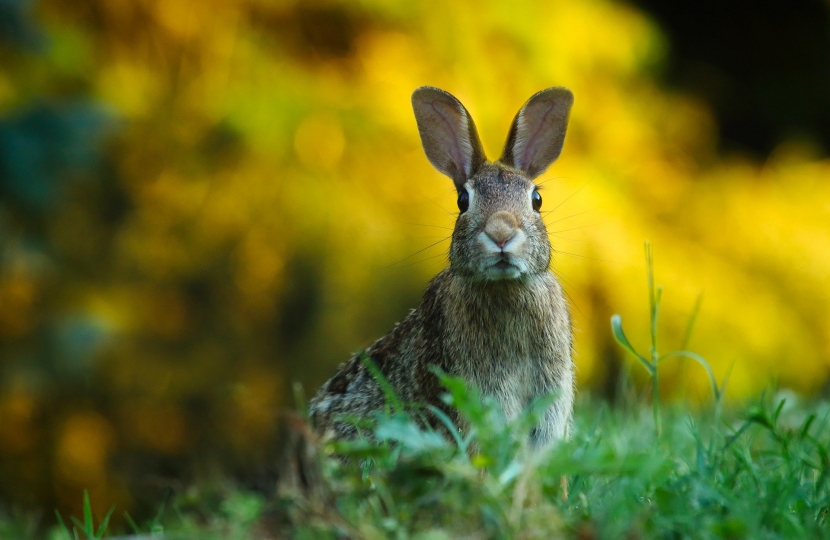 I have a true fondness for the fields of South Cambridgeshire, my childhood playgrounds, and have dedicated a good portion of my time in Parliament to defending them.

Think of a series of battles, part of a war of attrition. I have enjoyed victories – pushing for Cambridgeshire to be classed as ‘water stressed’ should help rejuvenate our biodiversity. Some fights continue, such as against the 25,000 home Thakeham development where this week I was sad to see the District Council snub more than 3,000 residents who signed my petition by refusing to discuss it. Some battles are just beginning, including the pushback against a ‘Great Wall of South Cambridgeshire’, as some have dubbed the potential 30ft high East West Rail embankment.

But there is another important battle, one which I have been studying carefully before taking to the field – the fight against hare coursing.

Coursing, as it is known, is the chasing and killing of hares for sport. What is the problem? Well, it has been illegal for some time for good reason, and I will always maintain the need to uphold the law. But it has also had a significant physical impact on farmland, as coursers drive their 4x4s through barricades and run roughshod over crops. There is also increasing criminality surrounding the practice.  Not only do coursers often commit other crimes, including theft, trespass, and driving offenses,  But I have spoken to Cambridgeshire farmers who have been victim to threats, intimidation, and physical violence. Time and again, farmers have told me it is the biggest problem they face and they feel let down by authorities.

In South Cambridgeshire, our farmers have been building and maintaining fortifications, such as digging ditches around fields and putting concrete barricades across roads, to keep out the 4x4s filled with prospective coursers. They are aided by organisations including the NFU, CLA, and Cambridgeshire Countryside Watch (CCW), who work closely with the Police across the whole county on a range of rural crimes. We also benefit from our Rural Crime Action Team, a specialist police unit in Cambridgeshire with one goal – to paraphrase Ted Hastings: “Nicking Rural Criminals”.

The combined efforts of the police, local farmers, and campaign groups have resulted in some success, including a landmark County Court injunction banning four hare coursers from entering local farmland in 2018. And yet, still the coursers come every year causing misery to our rural communities.  I have raised the issue with various authorities including our own Chief Constable, and the fundamental problem is antiquated legislation (including the near two centuries-old 1831 Game Act) which means the police don’t have sufficient powers to tackle the coursers, and the penalties for those caught are derisory.

A few months ago, I met with the Home Secretary to talk about how to tackle it and have since written to her to discuss legal changes which would provide better deterrents against hare coursing. At a roundtable with local farmers that I held with the farming minister, they stressed the seriousness of the problem, and I have also discussed it directly with the Secretary of State for the Environment, Farming and Rural Affairs, George Eustice. More recently, in a letter signed by other local MPs and Cambridgeshire’s Police and Crime Commissioner, I called on Mr Eustice to work with other government departments and find a solution to the ongoing problem of coursing.

The letter also calls for the government to consider several potential solutions, including changing existing legislation to allow for the possibility of imprisonment for those convicted, substantially increases in fines for offenders and new powers to allow for magistrates to issue bans for being on certain lands for the duration of the hare-coursing season.

People are being harassed, property is being damaged, and I truly believe lives are at risk if we do not strengthen deterrents. It is long past time that our farmers, communities, and businesses had the kind of protection that can only be offered by tougher legislation.