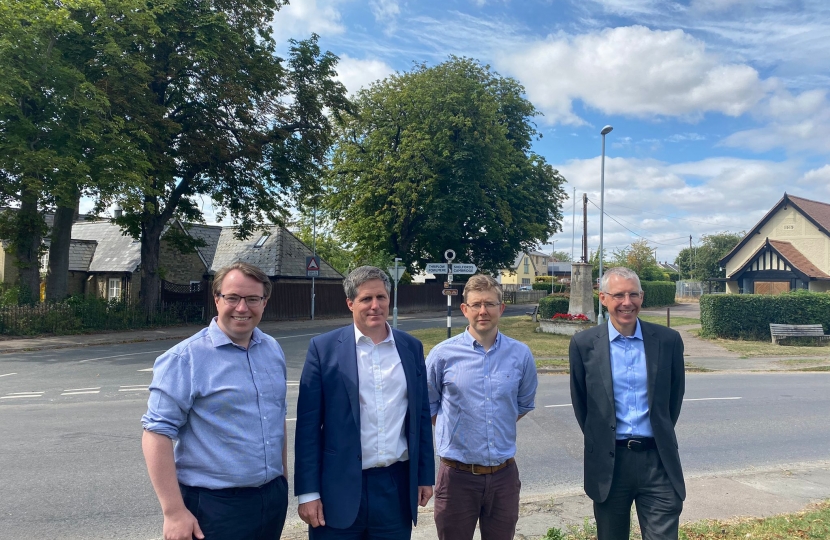 Anthony Browne, MP for South Cambridgeshire, has called out East West Rail’s lacklustre consultation following his own extended survey on the subject.

Results show that 58 per cent of respondents do not currently support the construction of East West Rail, with 31 per cent in favour and 11 per cent yet to make up their minds. 38 per cent of those surveyed called for the cancellation of the railway altogether, while 52 per cent said they favoured a route to the north.

The potential usage of the railway by residents was also called into question, with 62 per cent of respondents stating that they would never use East West Rail, while just 1 per cent planned to use it on a daily basis.

Concerns that the construction would have a major impact on daily life were highlighted by 55 per cent of respondents. Many also criticised what they saw as a lacklustre consultation from East West Rail, with 51 per cent rating local engagement as ‘very poor’ and just 6 per cent rating them as ’good’ or better.

Mr Browne commented: “While unscientific, these results show clearly that East West Rail remains deeply concerning to residents. The East West Rail Company needs to do far more to address those concerns. It also needs to make a much better case if they want anyone to accept this route and be far better at communicating that case in future.”

“I entirely agree with residents’ concerns and am committed to ensuring they are addressed. Our communities must not be separated, the route should be electrified from the outset, clear rules on freight travel must be published and they should put clear mitigations in for noise and environmental damage. Most importantly, the utterly unnecessary embankment needs to be brought back down to earth.

“I want to thank every resident who gave their feedback, and especially those who highlighted the individual issues in their village. This is the kind of vital information we need to ensure East West Rail hears and understands. As I pass your comments to East West Rail and the responsible ministers, I’ll be asking for further clarification and far better consultation in early 2021 before any final decision is made in the South Cambs section.”

The survey, which was sent to every village affected by either the proposed EWR routes or the routes proposed by campaign groups, also outlined the steps Mr Browne was taking to address residents’ concerns. He has since toured the proposed ‘emerging preference’ route to showcase such concerns to the Chief Executive of East West Rail and senior members of the Department for Transport. Full results with anonymised feedback will be sent to East West Rail and the Department for Transport.

Mr Browne has not stated any preference on route alignment but welcomed East West Rail’s willingness to explain why a northern alignment was not being pursued as part of their recent consultation.

Full results can be viewed via the document below.