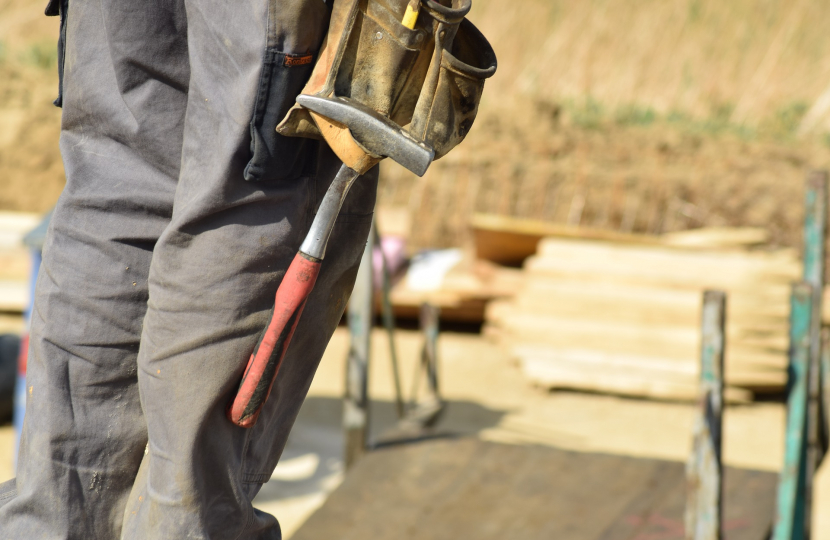 Anthony Browne, MP for South Cambridgeshire has criticised the District Council’s housebuilding agenda as new figures show a massive 26 per cent increase in housebuilding across the district.

In contrast, the Local Plan that governs housebuilding over the same period only calls for 19,500 homes, the figure signed off by national planners. In total, that is 26 per cent more housing than required, in an area that is already one of the most water-stressed districts in the UK.

In contrast, Cambridge City is expected to almost exactly meet their targeted 14,000 for the same period (2011-2031), with 14,087 homes projected, suggesting the overwhelming burden of development in the area remains in South Cambs District rather than Cambridge City.

Having already far exceeded what is deemed necessary, South Cambridgeshire's District Council is also planning to build more than the Government has suggested is needed. Under the standard methodology, the Government suggests South Cambs needs to build 1,083 new houses a year. They also offer the opportunity for SCDC to make arguments to build less than that, a course of action Mr Browne has offered to support and assist. Instead, local leaders declined his offer and intend to build 1,656 flats and houses a year. That’s 53% more than what the Government is suggesting.

“This explosive growth of housebuilding is driven by SCDC’s habit of rubber-stamping every unwanted development against the will of residents. Repeated surveys show that most residents think there is already too much development, but the council simply ignores what voters want. In contrast, Cambridge City Council has managed to keep control of development and is not building more than planned.

It also demonstrates what many will fear - that the huge burden of 49,000 more houses and flats sought by SCDC’s leadership will fall squarely on South Cambridgeshire and not in the City. People need to let the District Council know – this is too much for our area.”