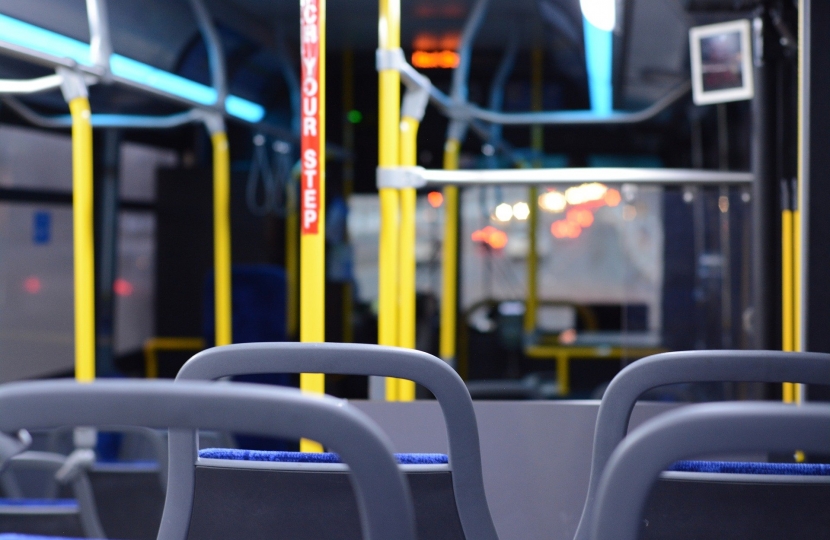 Anthony has launched a new online survey asking for residents’ views on the Cambridge South East Transport scheme (CSET). This envisions a new purpose-built road for buses only built through the countryside to between the Biomedical Campus and a new park and ride near Babraham.

The survey can be accessed below and will run for two weeks (closing on Monday 31 January 2022).

It’s understood that the County Council will consider a paper on the CSET project at their next full council meeting, currently scheduled for early February. This could result in confirmation that an application for a Transport and Works order will be submitted to the Sec of State, one of the final hurdles before the project goes ahead.

The survey provides a clear choice between the current off-road proposal and an alternative; new bus lane sections on the A1307, with an off-road section busway between Hinton Way and the Biomedical Campus. It also asks for feedback on the GCP’s engagement process and the environmental impact of their proposals.

There could also be an option to reopen a rail link between Cambridge and Haverhill in the longer term, but if the GCP’s preferred busway scheme goes ahead this would almost certainly not be possible.

The project has long been controversial and subject to criticism, with hundreds of residents marching in protest last year. Many local Parish Councils, as well as prominent environmental and transport groups, have expressed grave concerns about the unnecessary destruction of local countryside and the cost of the project, which they believe may not represent good value for taxpayers' money. Many are now involved with the ‘Better Ways than Busway’ campaign group, formed by objectors to the scheme.

Mr Browne commented: “With three transport authorities in South Cambs, we have a recipe for disarray that produces a lot of noise. Now is the time for residents to be heard through the clamour.

“This could be the last chance to have your say before the project moves forward to a costly public enquiry. The GCP has asked some complex questions on this, but our community deserves to have at least one opportunity to give a clear view on this plan and the alternatives.

“I’m asking everyone to please fill in this survey, so I can best represent your views and ensure your voice is heard in this important debate.”

Anthony calls on regulator to get tough on water companies

Anthony has called on Ofwat to get tougher on water companies by banning those who are fined for illegally dumping sewage from paying dividends to shareholders or bonuses to senior managers.