89% say NO to congestion charge 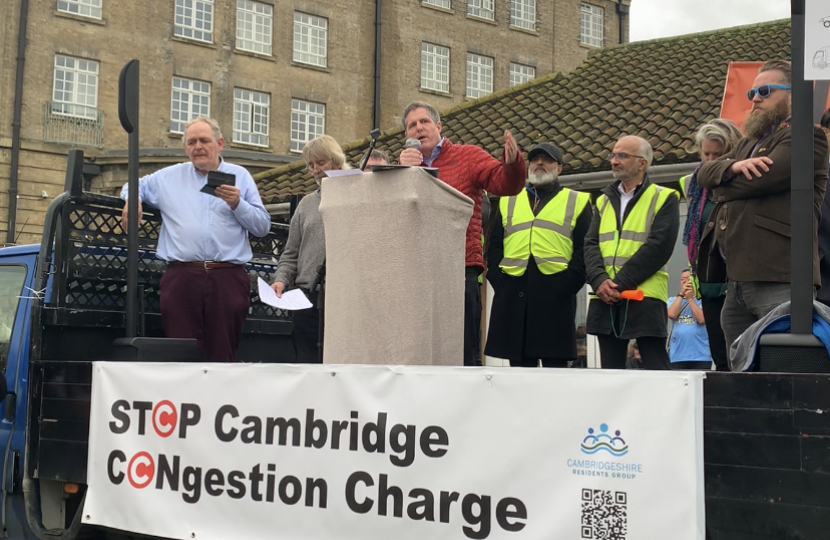 Almost 90 per cent of local residents oppose the congestion charge, according to data gathered by Anthony.

In the largest survey ever conducted by his office, 3,190 respondents have so far filled in Anthony's survey, which was distributed to households as well as online. Of these, 89 per cent said they did not support the current proposals for the £5 congestion charge, with just six per cent in favour and a further three per cent unsure.

Anthony has urged the Greater Cambridge Partnership (GCP), who have been provided with the anonymised data in full, to include the findings as part of their consultation. This includes 2941 comments, 91 per cent of which are in opposition to the scheme.

The largest point of disagreement was with the inclusion of Cambridge’s hospitals, as 89 per cent did not agree that they should be included in the charging zone. Over 70 per cent of respondents also disagreed with residents paying a full charge, and all workplaces being included in the zone.

In a staggering rebuke of the GCP, over 90 per cent of respondents said they did not trust the GCP, with 74 per cent disagreeing with their rationale that a charging scheme is the only way to fund better public transport in Cambridgeshire.