Statement on Plan B - vote on Health Protections Regulations 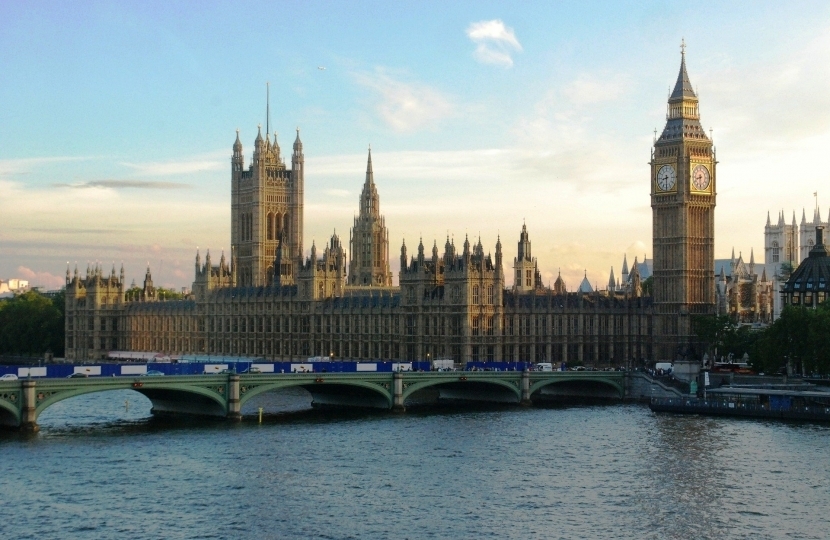 This evening, MPs face the most divisive vote since I was elected to Parliament, on introducing new measures in a bid to slow down the spread of the Omicron variant. The measures are basically working from home if you can, wearing a mask in indoor settings such as cinemas and churches, and a requirement to show a recent negative lateral flow test (unless you are double vaccinated) at major events with more than 500 people.

We know that the Omicron variant is incredibly infectious, with rates doubling in the UK every 2 days. We know that having one or two jabs has little impact on your chance of getting and transmitting the virus, but three (ie a booster) does reduce it by 75%. It seems inevitable that Omicron will spread across the population extraordinarily quickly, and all we can hope to do is slow it slightly.

There has been independent modelling suggesting that if we do nothing, it will lead to 75,000 extra deaths in the UK by April. I am sure that is a wild overestimate - data from South Africa shows it is very mild with virtually no increase in deaths, although it has caused a moderate rise in hospitalisations. The UK is different from South Africa, but I think it unlikely Omicron will lead to a significant increase in deaths here (but will probably lead to more people in hospital).

The measures the Government are taking are so mild they are easy to ridicule as meaningless. Working from home if you can is just guidance, and will not have the force of law. Personally I hate mask wearing, but do it where I am meant to, and it is not much of an imposition being asked to wear them in a wider range of indoor spaces. Hospitality is specifically excluded to limit the negative impacts. The requirement at major events to have a negative lateral flow test from the past 24 hours unless you can show you are double vaccinated is actually less than what most major events such as premier league football games have been doing anyway in recent months. Despite some saying it is vaccine passports comparable to the Nazis, it is really not (and frankly such language is crass). If for some reason you don’t want to show you are double vaccinated, just take a lateral flow test to show you are not infectious. Yes it is easy to show a fraudulent test result, but the vast majority of people won’t, and this is all about reducing overall risk of transmission across a population while minimising disruption. Another measure requires front line NHS staff to be vaccinated, which I think is reasonable since they have a duty of care to their vulnerable patients.

The rest of Europe has introduced far stronger restrictions than we have. Full vaccine passports are routine in Germany, France, Italy and elsewhere - you need proof that you have been vaccinated before going into bars and restaurants. Compulsory vaccination for health workers is the norm. Some countries are toying with mandatory vaccinations for the wider population, which I find unacceptable. Scotland already has vaccine passports.

There are strong arguments on either side. But doing nothing does not seem to me to be a justifiable alternative. We know this tsunami of infection is hitting the nation - if it does lead to a rise in deaths (which is unlikely but definitely possible), how could MPs justify refusing to have done anything? Particularly since this is the aftershock of a pandemic that has already killed 150,000 people in the UK. This is not just a seasonal cold.

These measures have been called for by both the Chief Medical Officer and the Chief Scientific Adviser. It is clear from polling that most of the public support these measures. In front of the Treasury Committee yesterday, business groups also said they support them. Labour supports them.

So I will, with heavy heart, be voting for these measures tonight. But everyone should accept that decent people on both sides could come to different conclusions. We must keep it polite.

Finally, as a society, we need to learn to live with risk. We cannot eliminate all threats, and have to accept that. After a point, the efforts to reduce threats cause more damage than the threats themselves.