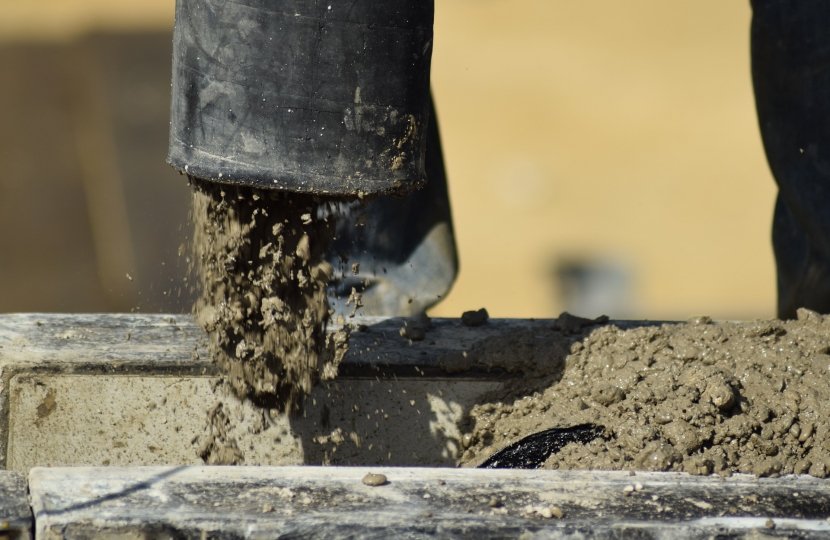 Anthony has attacked plans by South Cambs District Council to massively accelerate housebuilding in the district, as part of its joint announcement with Cambridge City to build 48,000 new houses by 2041. Mr Browne said that the district council has decided to “concrete over the countryside” and that it was a “betrayal of residents.”

As part of documents related to the development of their new Local Plan, which will govern housebuilding in South Cambridgeshire over the next two decades, the Greater Cambridge Shared Planning team revealed they are looking for sites to build up to 12,000 additional houses on top of huge sites that have already been approved, such as Bourn Airfield and West Cambourne. This would mean building more than 8,000 homes above what is suggested by the national Government in the same time period.

South Cambridgeshire District Council is justifying building the additional homes by using their own methodology, which deviates from accepted methods of calculating housing growth. Every scenario considered by the District Council envisages more housebuilding over the next twenty years than the last twenty years. Mr Browne has been pushing for numbers not to exceed national government targets.

Since the current administration took over in 2018, South Cambridgeshire District Council has already approved two new towns with Northstowe set to be the largest new town built in Britain in the last fifty years. With one of the highest housebuilding rates in the country, residents are seeing increasing urbanisation, more pressure on local services, increases congestion and water shortages.

Results of a survey of 2,944 residents collected by Mr Browne show seventy per cent of respondents thought housebuilding in South Cambridgeshire was already high or too high. Eighty-eight per cent said they did not feel listened to and taken into consideration when it came to overall levels of development.1 Meanwhile, an independent report suggested that just 66 residents may have fully responded to the council’s own Local Plan consultation.2

A consistent campaigner for lower housebuilding in the area, Mr Browne has been writing to Cllr Bridget Smith, Leader of South Cambridgeshire’s Liberal Democrat majority administration, over the last twelve months requesting SCDC does not seek to exceed government targets. He has also opposed the development of any further new towns in South Cambridgeshire, submitting a petition signed by 3,337 residents against a proposed 25,000 home development in South West Cambridgeshire. The petition was ignored by South Cambs District Council leaders, who refused to discuss it.

Mr Browne has also been campaigning to protect and enhance our water supplies, which have already suffered from overdevelopment. SCDC has admitted that under current conditions, a lack of water supply will make their plans impossible.

Anthony commented: “This is the worst nightmare for residents of South Cambridgeshire, who fear losing their quality of life. South Cambridgeshire District Council’s leaders are accelerating housebuilding to the point where they will concrete over much of the district.

“This is an active decision on their part to build thousands more houses than the national government has suggested. There is no expectation from Westminster that they launch such a housebuilding bonanza, and I have repeatedly urged SCDC to keep housebuilding low and sustainable.”

“Their new methodology, which they have invented to justify their decision, is untested in any other part of the UK. They are clearly driven by a reckless determination to turn our communities from a rural area to an urban sprawl. They are putting their own self-interest above the interest of the communities of South Cambridgeshire, who have made their opposition to overdevelopment clear. Residents have a right to feel betrayed and angry.”

“By choosing the bulldozer and the concrete mixer over nature, trees and quality of life, SCDC have declared war on our way of life and our environment. It is music to the ears of the developers who have spent many hours and tens of thousands of pounds lobbying our local council leadership.”