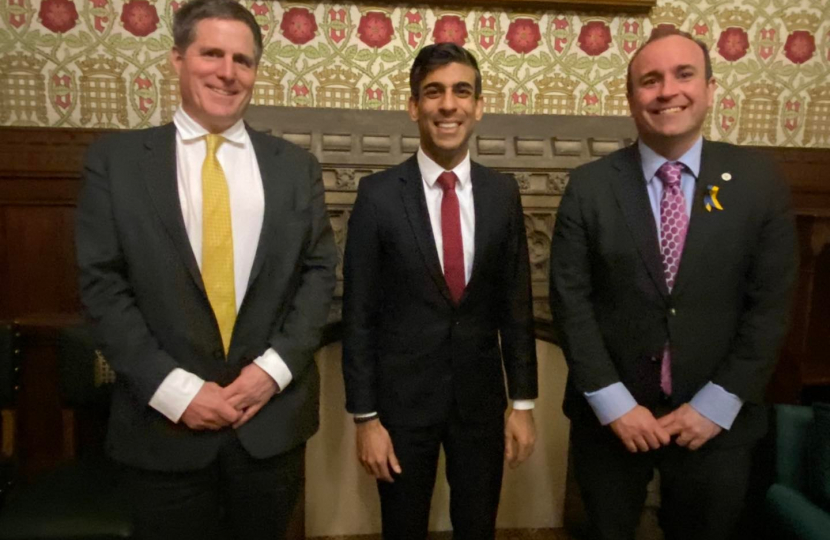 South Cambridgeshire constituents want Rishi Sunak as Leader more than any other candidate in the race to be Prime Minister, according to data collected by Anthony's latest constituency survey.

In a snap poll asking residents to indicate their views on the twelve candidates who had announced they were considering a bid to be Conservative Party Leader, 27 per cent of respondents indicated that the former chancellor would do the best job as PM. The poll was collected over the last 24 hours via this website from an unrepresentative sample of 1,220 local constituents.

The results give Mr Sunak 12 per cent higher levels of support than any other candidate. When broken down along party lines, Mr Sunak also received more support from those who strongly identify with any of the major parties, with 31 per cent of Conservatives, 27 per cent of Liberal Democrats and 25 per cent of Labour supporters indicating him as the best choice.

The closest contenders were Tom Tugendhat, who received 15 per cent overall, and Jeremy Hunt with 12 per cent. Fifteen per cent of respondents favoured none of the candidates.

Respondents were also clear on their feelings towards the current Prime Minister, as 47 per cent identified with the statement “I never liked Boris and I am glad he is gone”. A further 37 per cent said they “supported Boris, but given everything that has gone on he had to go”, while just 16 per cent said they liked the PM and wished he hadn’t stepped down.

Anthony commented: “Given there is such a crowded field, this is a very clear indication that South Cambridgeshire sees Rishi as the best option for Prime Minister.”

“As a member of the Treasury Select Committee, and now chair of the Backbench Treasury Committee, I have worked closely with him since he became Chancellor and have found him genuinely impressive. He has what it takes to lead the country through the challenges it faces, rebuilding the economy and restoring trust.  He is rational and reasonable, with good judgement and communication skills, and a very decent person with a proven record of getting things done. I would also be very happy if my party produced not just the first woman prime minister, but also the first ethnic minority one.

“This gives me confidence in placing a cross beside Rishi’s name in today’s ballot, but there is a long campaign ahead. I will continue to take my constituent’s views on board when it comes to future rounds, and am confident that soon we will have a Prime Minister who has what it takes to lead our country”.

What do you think?