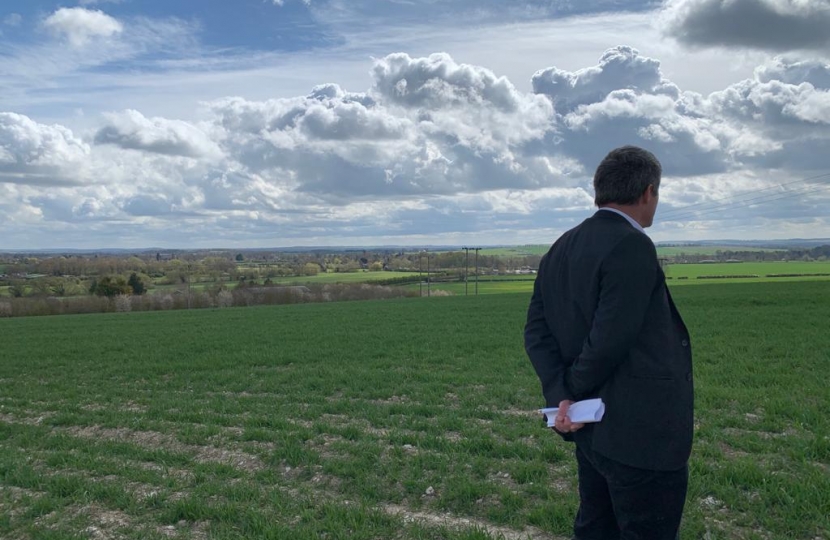 Almost ten times as many South Cambs residents think housebuilding is too high than too low, according to the results of our survey undertaken earlier this year.

When asked in Anthony’s Planning and Development Survey what they thought about the current level of development in the area, 70% of residents believed levels of housebuilding were either high or too high, compared to just 8% who thought levels were low or too low.

The vast majority, over 90%, confirmed that housebuilding is an important or very important issue for them, opposed to just 2% to whom it was not important.

However, in a blow to developers looking to establish new towns and garden villages on local farmlands, 91% of respondents want to prioritise brownfield development (building on existing areas such as the Bourn Airfield site) over greenfield when offered as a binary choice. Even fewer (4%) wanted developments on greenfield land when offered other options.

Results did suggest residents support limited development in key areas. When asked what sort of development they feel is most appropriate, 49% felt infill in current settlements was appropriate while 46% would consider small-scale development around existing villages.

2,944 people responded to the survey, which was distributed to every house in South Cambridgeshire earlier this year. One of the largest-scale surveys of its kind distributed in the area, the survey received 50,445 individual answers to questions, with 1,444 residents submitting additional comments.

Anthony has continually campaigned to limit development in South Cambridgeshire, which has continually seen some of the highest levels of housebuilding in the country when compared to other districts. This includes planning approval for three new towns in the area at Cambourne, Waterbeach, and Northstowe, the latter being the largest new town to be built in England in the last 50 years.

Anthony Browne MP commented: “These results show an overwhelming feeling that there is too much housebuilding in South Cambridgeshire, and people are taking note. This is clearly a very important issue for many, and there is incredible concern for the loss of green space.

“I entirely sympathise with those who feel housebuilding is too high in our area. Under any scenario currently being considered under the Greater Cambridgeshire Local Plan, more homes will be built in South Cambs in the next two decades than were built in the last twenty years.

“This is my challenge to Greater Cambridgeshire Planning Team - seek out these views and reassure our residents. We need to continue our huge local contribution to the national economy, but without endorsing overwhelming levels of unnecessary and unwanted housebuilding. I urge them to consult openly and in detail with residents and reflect both their findings and ours as they plan for the future."

Based on your experience of housebuilding in South Cambridgeshire, what do you think about the current level of development?

How important is the issue of housing and development to you?

What sort of development do you feel is most appropriate for our constituency?