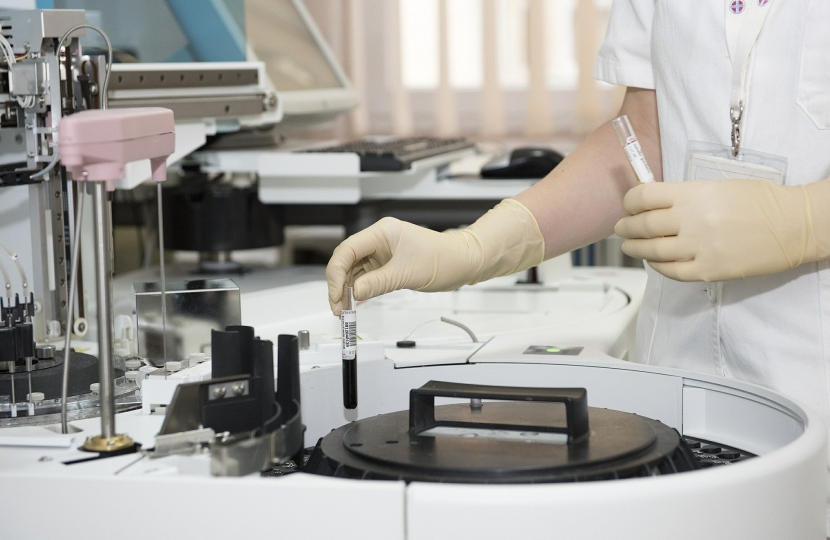 Anthony Browne, MP for South Cambridgeshire has welcomed the announcement of funding for a new cancer hospital to be built alongside Addenbrookes.

The funding comes alongside details of a further 39 hospitals that will be built by 2030 as part of a package worth £3.7 billion, as well as announcing 8 new schemes that will be invited to bid. Full details of the precise funding allocated so far to each project will be announced at the next Spending Review.

The proposed hospital will bring together clinical expertise from Addenbrooke’s with world-class scientists from the Cancer Research UK Cambridge Centre and the University of Cambridge, locating them right in the heart of the bio-medical campus.

Plans approved by Cambridge University Hospitals NHS Foundation Trust board and passed to the government earlier this year feature inpatient and outpatient facilities, with a diagnostics unit, acute assessment unit and a pharmacy included in the bid.

The CCRH will also include two new game-changing centres of excellence: the National Institute for the Early Detection of Cancer and the Institute for Integrated Cancer Medicine, each with a focus on translating research and technology into cancer prevention, early detection, precision medicine.

The Conservative Government has made investing in the NHS a key part of its plans to build back better after coronavirus. It has already:

“Anthony commented “This is fantastic news for South Cambridgeshire and represents exactly the kind of specialist service I want to see brought to our local community. This formed an essential part of my campaign in December and I have made strong representations to the Secretary of State to see this project funded.

“This new facility has the potential to dramatically transform not just the hopes of cancer sufferers in our area, but our ability to understand and conquer cancer.

“Building on previous announcements of funding for a new Children’s hospital and Cambridge South Station, this represents over a quarter of a billion pounds in investment for South Cambridgeshire. I am thrilled to see this Government keeping its promises to our residents, and I will continue to push for even more investment South Cambs.”