Join 1000 residents and give your opinion on congestion charging 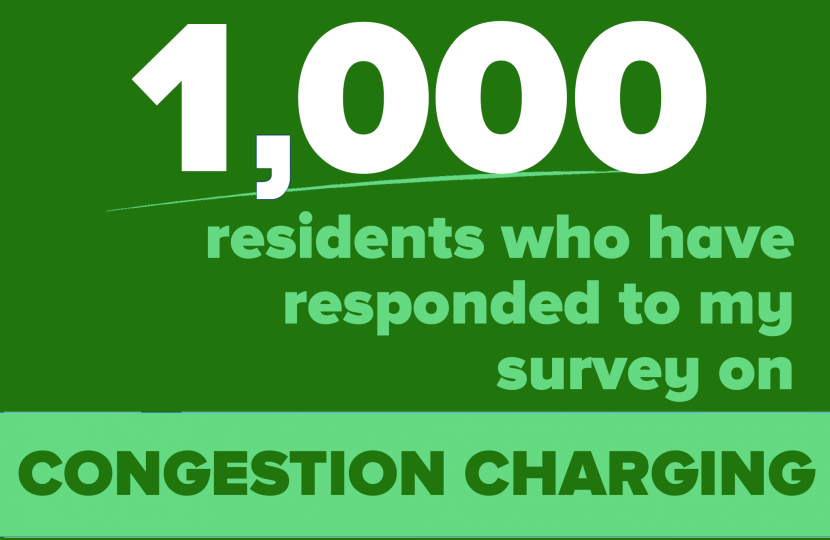 Have you had your say on congestion charging in Cambridge City? Join over 1,000 residents who have given me their views in my latest online survey.

Why am I asking?

I am very aware that many residents of South Cambridgeshire rely on transport links into Cambridge. One of the key questions asked by the Greater Cambridge Partnership’s ‘Making Connections’ consultation is around congestion charging for vehicles entering Cambridge City.

In their plans, a city-center congestion charge could cost up to £15 per day, or a wider zone could cost £5, roughly the same cost as a day rider bus ticket. More information can be found on their consultation site here.

What is my view?

I remain unconvinced by the arguments for congestion charging, although fully support the good intentions behind reductions in both traffic and emissions. However, congestion charging should be a last resort and would need to be introduced in tandem with much improved, far cheaper public transport.

District and County Councillors in South Cambs have raised serious concerns about congestion charging in the past, and I agree with their remarks around cost implications, business impact, and inequality. Chief amongst those are worries that the charge is regressive, one that would unduly impact those less well off and lead to a two tier system where only the rich can use the roads. I also have concerns around expansion - it is almost inevitable that any zone would grow in size and be seen as an income stream by councillors rather than an environmental measure. We also do not yet fully understand

Proponents of such schemes would point to the environmental benefits of such a scheme, and the possiblity of a modular shift towards public transport or greener modes of commuting, such as cycling. However, they have yet to convince me we have reached the threshold for such action, which is one of the reasons I am keen to hear your views on this.

How can you have your say?

To contribute to the survey, just scroll down and answer the four questions below. There is also an opportunity to offer any further comments you have.

We do ask for your details to ensure the survey is fair and representative. For more information on the use of any data, please check my privacy policy.

It is vital that I fully understand your views on this. If you have two minutes, please do fill out my survey so I can better represent your views to the GCP and the Department of Transport.