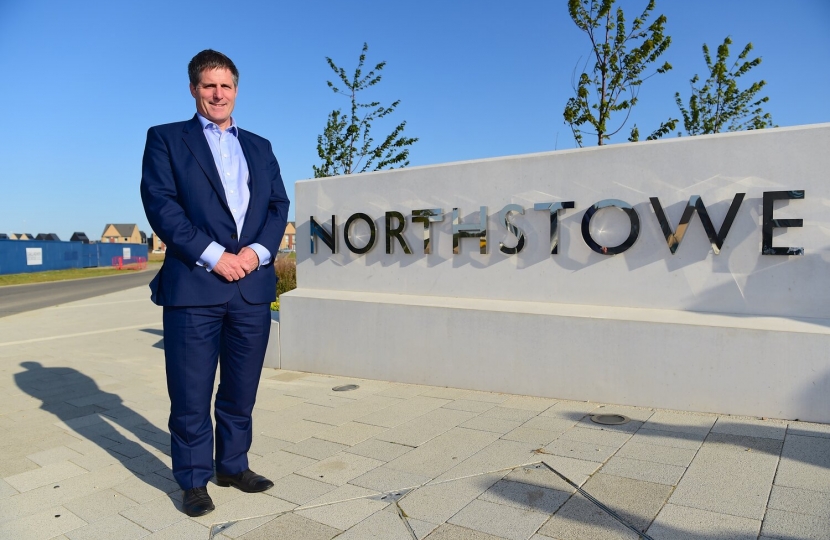 Mr Browne has been campaigning since the election to ensure housebuilding levels in South Cambridgeshire are sensible and sustainable. One of fastest-growing areas in our country, the district has already given permission or three new towns in the last two decades, including Northstowe - the largest new town to be built in Britain in the last 50 years.

Mr Browne has recently had meetings with the Chancellor, Rishi Sunak and the Secretary of State for Housing, Communities and Local Government, Robert Jenrick to discuss these very issues. His campaign has been reflected in recent announcements from both of their departments.

As part of his 2021 Budget, the Chancellor confirmed a host of public spending commitments designed to encourage growth across the country, but significantly for South Cambridgeshire there was no mention of plans to explore the case for a new town at Cambridge. This is a welcome adjustment from the 2020 budget, which explicitly indicated and encouraged such plans.

The Ministry for Housing, Communities, and Local Government has since confirmed that they have not undertaken any analysis on proposed new towns in South Cambridgeshire constituency and have no plans to do so, including on the 25,000-home proposal by the developer Thakeham.

In a statement, the Ministry commented: “The Government has no plans for an additional new town in this location or elsewhere in South Cambridgeshire beyond the commitment we announced in 2020 to explore opportunities at Cambourne and the sustainable and sensitive expansion of Cambridge. Government has not yet made any decision to take forward opportunities at Cambourne or Cambridge as part of this work and any potential future plans would be subject to all necessary and appropriate public consultation.”

Mr Browne commented: “Growth is essential for our national and local economy, but a new town is not. That is the message I have taken to ministers on behalf of residents across South Cambridgeshire who are concerned about continual efforts to concrete over our greenbelt and farmlands, and I am delighted they have listened.

“We need to focus our growth around existing areas, ensuring we continue to reap the benefits of local industry. There are clear strategic growth opportunities at Cambourne, being realised at this very moment through Cambourne West, and areas where we can grow appropriately around Cambridge. But no-one wants, needs or has asked for another new town.

“Now the Government has been clear in its intentions, it is time to focus on the District Council and their next Local Plan, which will guide housebuilding for the next decade at least. I will be following this process closely and ensuring that residents are consulted and that their views are taken into consideration.”

What we have before us today is a classic case of two steps forward, one step back.