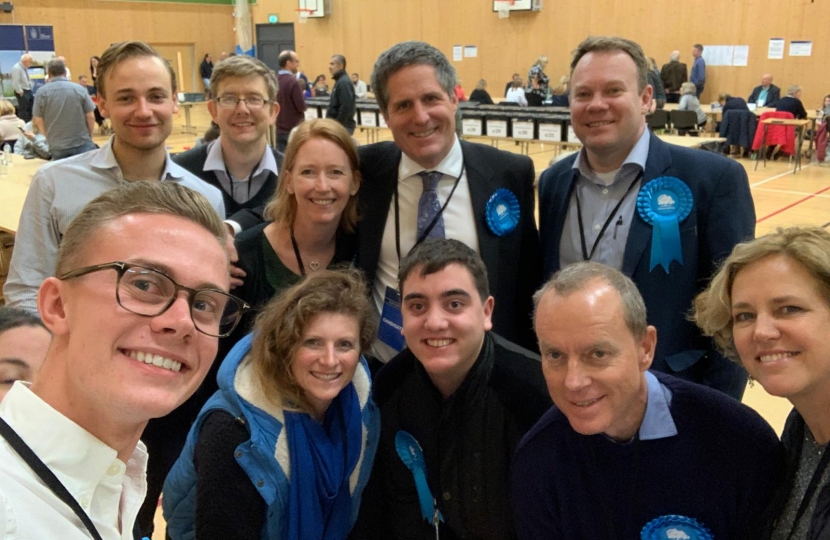 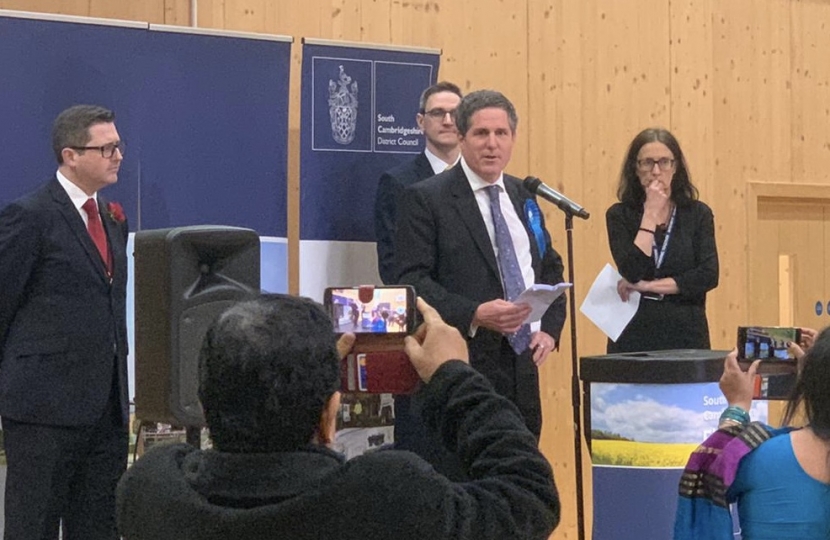 I am delighted and deeply honoured to have been elected as the MP for South Cambridgeshire at the general election on 12 December 2019.  This is the constituency in which I grew up and I care passionately about its future success.  I will do everything I can to ensure that South Cambridgeshire continues to be one of the best places to live and work in the country.

During the general election campaign, I met thousands of local people and some key themes came up again and again.  The main concern was the gridlocked transport system. People are fed up with the traffic problems we face.  I am committed to improving our railways, bus services, cycle paths and roads. In particular, I have been campaigning for the new East West rail link to take a northerly route with a train station at Cambourne (where there is high commuter demand), rather than Bassingbourn to the South. I hope to have more news on this very soon.  I am also working with central government to get a new Cambridge South train station at Addenbrooke's.  This will provide much better access to our hospitals and world-leading biomedical campus.  I will keep the pressure up and work with local and national partners to get these - and other critical local infrastructure projects - underway and completed as soon as possible.

People have also expressed concern about the pace of development in South Cambridgeshire.  This is a complex issue.   We must balance the desire to grow our local economy and provide high-quality jobs with the challenges that rapid growth brings.  We must ensure that our schools, healthcare services, utilities and other local amenities can cope with the demands of an increasing population.  We must keep environmental issues at the forefront of all decision-making on local development.  I want to protect our rural landscape and preserve the character of our villages as well as ensuring that our biodiversity is improved. I have already been in touch with the Health Secretary Matt Hancock about improving access to GP services, which have often lagged behind our growing population.

Naturally, Brexit has been a central issue for many people.  In the 2016 referendum, South Cambridgeshire voted to remain in the EU. But since then, we have had two general elections at which South Cambs voters elected an MP who promised to honour the result of the referendum.  We must respect democracy and I will therefore support the Conservative government as it puts in place the relevant legislation to leave the EU and negotiates new trading arrangements with our European partners.

You can find out more about all of my campaigns for South Cambridgeshire here.  If you would like further information or to get in touch you can contact me via this website here.