Don’t panic about how Britain will afford its Coronavirus bill 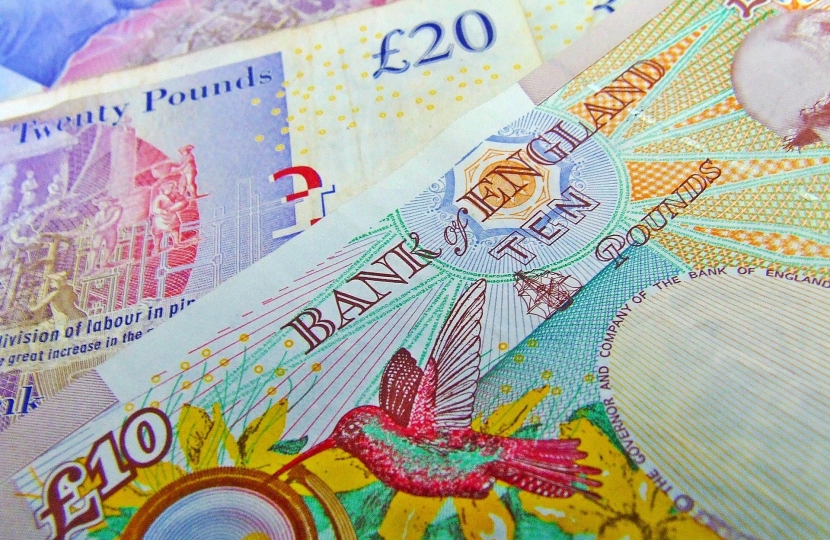 Having a passionate national debate now about specific future tax and spending plans is like having a debate about how to fund the restoration of Notre Dame while it is burning down. It is too early for many reasons, but mainly because we just don’t know yet what the shortfall is. Put the fire out, assess the damage, get estimates for the cost of repairs, and then work out how you will fund it.

Our budget discussion is hampered by the fact we don’t know the depth of the recession, how quickly the economy will bounce back, what the national debt will be at the end of it, nor – very importantly – what the annual budget deficit will be.

Estimates of the post-pandemic national debt range wildly, and annual borrowing was already predicted to grow from 2.1 per cent last year to 2.8 per cent next year at the time of March’s budget, but will clearly now be much greater as a result of higher unemployment and lower tax revenues.

"Our national focus has to be on restoring growth, and tax rises and budget cuts will not help do that"

But at present, we have no idea how much. Until the pandemic is truly at bay, the economy has settled back, and we have a better idea of where the national debt and annual deficit will land, we won’t know the task ahead. What is certain is that in the coming year, our national focus has to be on restoring growth, and tax rises and budget cuts will not help do that, but rather detract from it – repairing the bank balance can be done after we have started repairing the economy. Entering a new age of austerity would not only be wrong politically, but economically.

There are some things we do know for certain. Tax in the UK is already at historic highs. The Office of Budget Responsibility in its March fiscal outlook (before the crisis started) predicted that total government revenues would rise to 38.5 per cent of GDP by 2024-5, the highest since the mid-1980s. On the other hand, our tax levels are middle of the road compared to other industrial countries, at 33.5 per cent of GDP in 2018, just below the OECD average of 34.3% per cent (according to the OECD’s latest figures). We are already higher taxed than any of the other main English speaking nations (New Zealand 32.7 per cent, Canada 33 per cent, Australia 28.5 per cent, Ireland 22.3 per cent and the US 24.3 per cent) as well as Japan (31.4 per cent), Switzerland (27.9 per cent) and South Korea (28.4 per cent). But UK taxes are lower than France (46.1 per cent), Italy (42.1 per cent) and Germany (38.2 per cent).

I am a fiscal conservative and economic liberal, but just common sense – and I think British public opinion – would prefer us to follow the vibrant English speaking economies than the crippled European ones. The evidence from recent decades of high tax burdens damaging economic growth is overwhelming, and only really contested by those on the left who have other motives for wanting higher tax and spending. It is important as this debate gathers pace that the Conservatives do not lose their reputation of being the party of sound finance, and by default follow our European partners as the world’s highest tax economies.

But also, there is no need to panic. The national debt may rise to over 100 per cent of GDP, but it will be a fraction of the roughly 250 per cent of GDP we ended up with after World War II. Growth, inflation and budget surpluses eventually paid off the war time debts over the course of half a century.

We have now had two once-in-a-century events in quick succession – the financial crisis and the pandemic – and there is no need to feel we have to pay off the massive debt they have landed us with in the next few years. Interest rates are low, meaning that the government's debt interest to revenue ratio is below 4 per cent, an historic affordable low.

Rates may well rise in the longer term, but we have room to take our time, like paying off a mortgage. A little appreciated fact is that we can even run a budget deficit and pay down the national debt at the same time. If national debt is around 100 per cent of GDP, then if GDP grows two per cent and inflation is two per cent, then so long as the budget deficit is below four per cent, the national debt will trend down as a percentage of GDP on a stable and sustained basis. The Government’s room for manoeuvre is a little bit more restricted, as a quarter of government debt is inflation-linked, and so rises with inflation, but a budget deficit is still compatible with falling national debt. And as a point of basic mathematics, the faster GDP grows, the more rapidly the national debt will fall as a percentage of GDP; this is why we need now to focus on growth.

There is absolutely no economic need for the government to abandon its pre-crisis plans for infrastructure and levelling up, and it would be political folly to do so.

Anthony Browne, MP for South Cambridgeshire, welcomed the news that Network Rail has identified the preferred location of the proposed new railway station for Cambridge South.