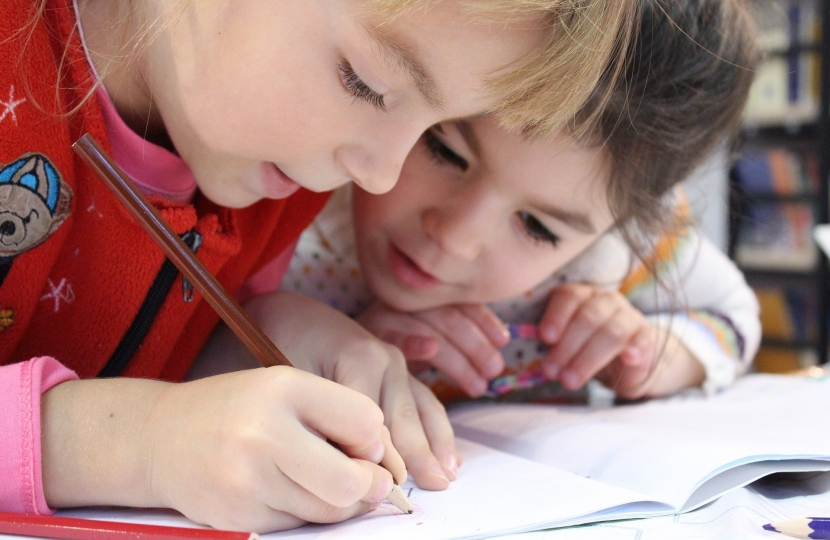 Anthony Browne, MP for South Cambridgeshire, has welcomed news that schools in the constituency will receive a 3.4% boost in per-pupil funding for the 2022/23 term.

The Government has announced provisional school and high needs funding allocation for 2022/23, helping schools to plan for the future showing an average 3.9 per cent rise in per-pupil funding for South Cambridgeshire’s Primary Schools. An average 2.6 percent increase is planned for Secondary Schools and Village Colleges.

The Government has provided additional supporty throughout the pandemic totalling £3 billion, including:

Having engaged with headteachers throughout the pandemic, Mr Browne previously raised the issue of education funding with Stephen Barclay, the Chief Secretary to the Treasury, who is responsible for public service funding across the UK. He has also met with Gavin Williamson, the Secretary of State for Education, to highlight the unfairness in the funding formula, which leaves Cambridgeshire in the bottom 5% of local authority areas for the schools funding, and discussed the issue with the Schools Minister Nick Gibb.

Anthony Browne MP commented:  “I have been working with my parliamentary colleagues in Cambridgeshire to lobby the Secretary of State for Education for additional funding for local schools, and am delighted our efforts have resulted in such substantial changes.”

“In its commitment to levelling up opportunity, the Government is determined to give every child in this country the world class education they deserve. In the last eighteen months, we have seen three major interventions from our Government to support education recovery from the pandemic collectively worth over £3 billion in total on top of these funding allocations.

“However, it is clear that schools in South Cambridgeshire will still receive lower funding than other areas in the country. I will continue to campaign so we can fund every child in South Cambridgeshire, no matter their background nor where they go to school, to learn in an environment that enables them to reach their full potential.”