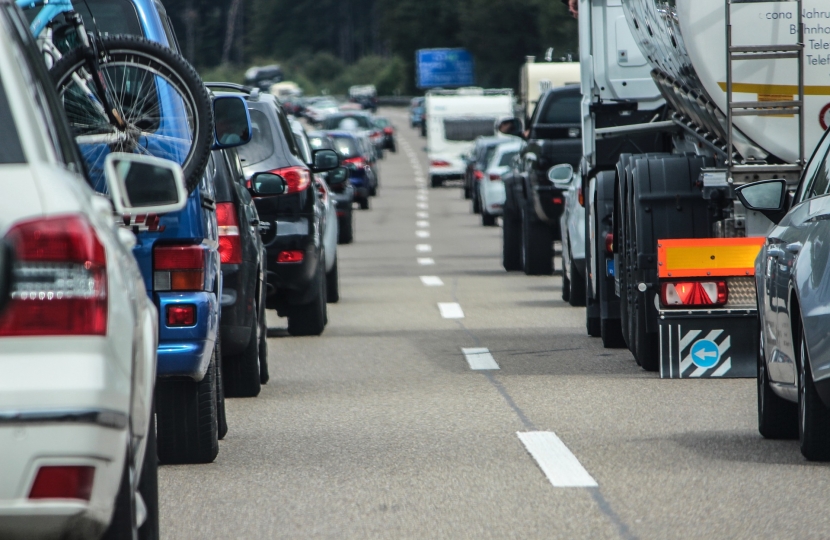 Anthony Browne, MP for South Cambridgeshire is calling for the GCP to back down on potential congestion charges for Cambridge City after more than three quarters of surveyed residents who expressed an opinion rejected the proposals.

In total, 1,806 people responded to the survey while it was open, giving over 18,000 individual answers and 1,183 additional comments. Results show that 64 per cent of respondents do not currently support congestion charges, with 22 per cent in favour - a ratio of 3 to 1 against them.

In a blow to GCP plans for extensive new concrete busways, 55 per cent rejected more off-road busways saying they would definitely not or probably not support such proposals. Only 11 per cent were in definitely supportive of off-road routes. Equally unpopular was increasing charges for workplace parking, with 56 per cent unsupportive and just 9 per cent definitely supporting such a policy.

Better news could be found in other policy areas, with residents far more supportive of increased bus services and better cycling routes. In this area, 77 per cent indicated at least some support for more buses on existing routes and 65 per cent supporting improved cycling infrastructure. Optimising existing infrastructure was also popular, with 72 per cent indicating support.

Commenting, Anthony said: “Plans for congestion charging have the best of intentions, but given the clear majority opposed, the unfairness to key workers on low incomes, and the inherent problems in implementation, I cannot support such a scheme at this time.”

“I was concerned this would split our community in two, between well-off and those living inside the zone and poorer commuters living around the city who have no choice but to drive in. These concerns were born out by hundreds of similar comments. Moreover, constituents have been very clear in what they do want to see – more buses, better cycling routes, and better use of our existing infrastructure.

"Given the 3 to 1 ratio opposed to charges, the GCP should listen, look to alternatives, and introduce much improved, far cheaper public transport before even considering a congestion charge.”