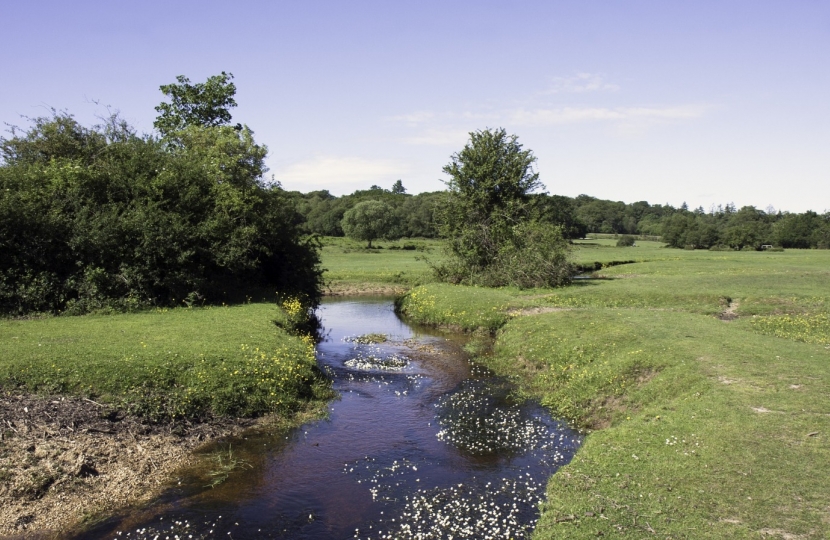 Anthony has slammed the Greater Cambridge Planning Service for significant gaps in their ongoing consultation on higher housebuilding in South Cambridgeshire.

The comments come in response to the release of a second consultation on the upcoming Local Plan, which will govern housebuilding in South Cambs for a generation. Anthony criticised the biased nature of the questions and the lack of easily accessible information, with most of the key data hidden amongst thousands of documents.

For example, the documents continually reference a figure of 44,400 new homes without mentioning a further 10% ‘buffer’, taking the actual total to closer to 49,000.  Additionally, most of the questions offer only a free text response box, without any accompanying multiple-choice responses that can be quantified and presented as clear results.

Anthony highlighted the significant lack of any clear detail on the critical environmental issues of water resources and management. Despite compelling evidence that there is not enough water in our region to supply the proposed amount of development, the ‘quick questionnaire’ only briefly mentions water in a single question, where it asks consultees to rank the importance of the issue without providing context or substantive data alongside. To find any such data, a resident would have to browse through the entire document library, which is huge.

This is despite the South Cambridgeshire District Council leadership having previously called for more information and for political leaders to “justify their choices properly” on consultations. In this case, they claimed proposals were “shrouded in secrecy”.

Commenting, Anthony said: “This incredibly biased consultation has little to do with finding out about residents' views but is rather about marketing the decisions the council has already made. There is a fundamental lack of interest from our District Council in residents’ views on the most important issue affecting our area.

“It is only user friendly at the most superficial level, with the quick questionnaire options pitching the local plan proposals, and asking residents to agree with them, rather than seeking genuine feedback. Much of the significant information is not prominent, with headline figures leaving out key details and no easy function for searching the raft of additional documentation. Hiding important detail in appendices, something that South Cambs Lib Dem leaders have criticised in previous national consultations, cannot be justified.”

The consultation comes after an independent body revealed that the ‘First Conversation’ on the new Local Plan may have received just 66 full responses from residents, with the remainder coming from interested parties and landowners.  According to the Greater Cambridgeshire Planning Service, the ‘First Conversation’ received over 8,500 responses, a claim the CPRE report refers to as “misleading”. CPRE’s analysis shows that this figure counts each individual response to every survey question, rather than counting per respondent.

Mr Browne has been highly critical of planning procedures at the Council, which has seen several high court actions against it over the last twelve months and was previously forced to apply to the courts in order to overturn its own flawed planning decision. He also supported a compromise proposal following strong opposition to a new scheme of delegation which has reduced the level of local, democratic input into planning decisions in South Cambridgeshire.

Council leaders were also responsible for publicly snubbing thousands of residents who signed a petition against the 25,000 home Thakeham Proposals, not allowing councillors to even discuss the matter despite some leading cabinet members having already prejudiced themselves to campaign against the development.