Anthony champions A10 upgrades to build on previous funding success 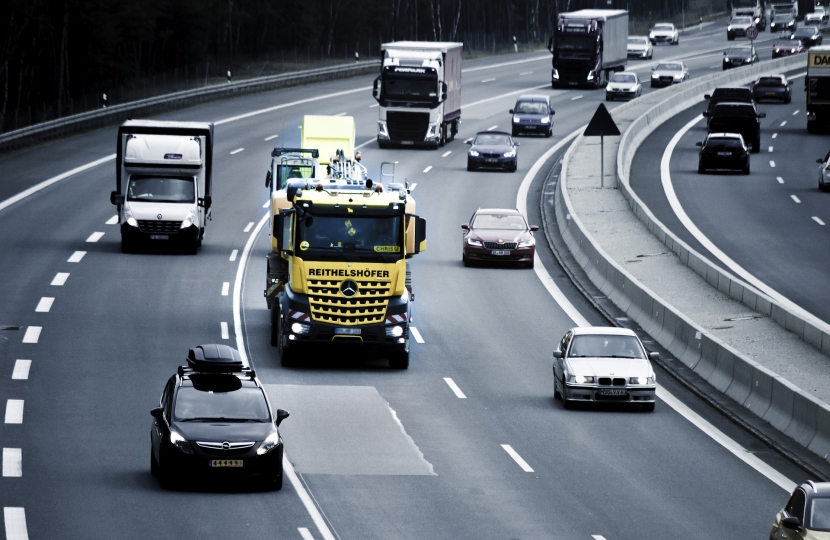 Building on a record of delivering infrastructure improvements for South Cambridgeshire, Anthony has welcomed confirmation that the Department of Transport is to provide the region with £2 million in funding for an outline business case for A10 improvements.

Cambridgeshire MPs Lucy Frazer and Anthony Browne have both welcomed confirmation that the Department of Transport is to provide the region with £2 million in development funding for an outline business case for A10 improvements. The funding sets out that two broad options should be considered for upgrading the A10, namely junction improvements only and dualling and junction improvements. The dualling will ease congestion and aid development across Cambridgeshire.

The award comes as a result of a bid submitted by the former Mayor of Cambridgeshire and Peterborough James Palmer, which Lucy and Anthony supported.

Anthony Browne has made investment in South Cambridgeshire’s transport networks a priority since being elected, working with Ministers to ensure the A428 is properly upgraded and lobbying for the Girton Interchange to be converted to an all-ways junction as part of the next Roads Investment Strategy.

Anthony has previously championed upgrade work on the A428, which has since been confirmed as part of the 2020 budget, and is pushing for Girton Interchange to be improved in Highways England’s plans for 2025 onwards. The A10 is a lifeline for some and a vital resource for others, shipping goods and serving commuters from all corners of South Cambridgeshire.

Upgrading the A10 north of Cambridge will relieve congestion in neighbouring villages, including in South Cambs, and as our communities continue to grow they need the advantages that an upgraded route will provide.